Almost Complete...
I accept the Terms and Conditions and Privacy Policy
I agree to use my email address in the context of the newsletter and associated offers in accordance with the data protection regulations.
Continue 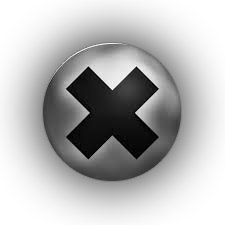 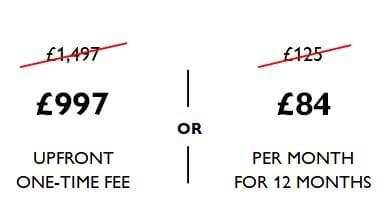 Lifetime Access to Intensive Online Training
Join World-Class Therapist, Ali Campbell, as he guides you through his techniques, practices, and methods of cutting-edge Life Coaching. You'll then have lifetime access to all of the course content. The Academy offers a proven system that has already helped its students, often with no previous experience, become confident and certified coaches. 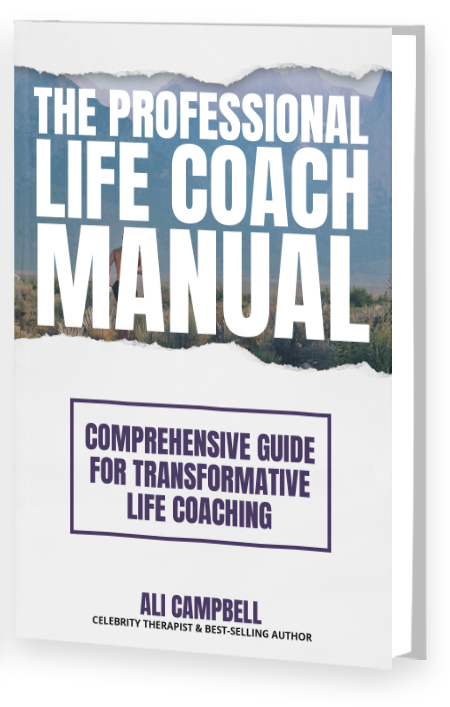 Comprehensive Course Handbook
The Comprehensive Digital Manual created specifically for this course and written by Ali, forms an integral part of your training and will no doubt become your go-to guide for reference in the future. 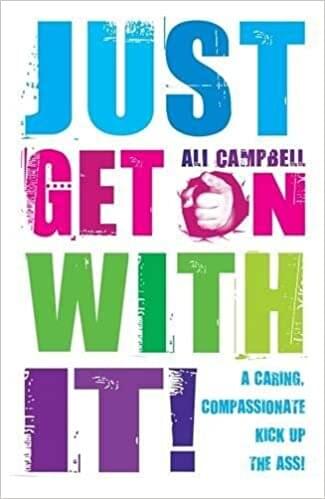 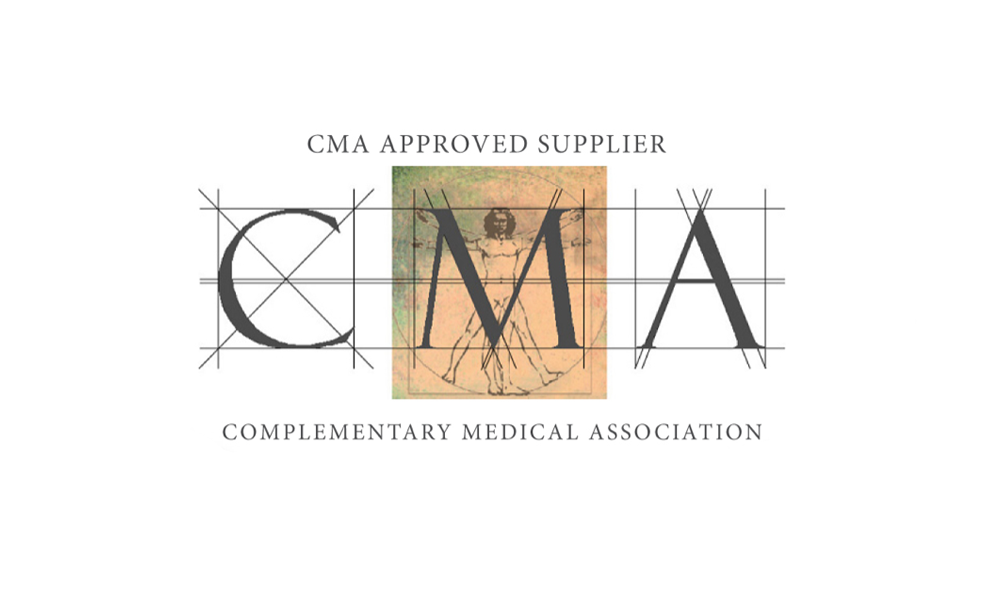 Full Accreditation & Certification From The Prestigious Complementary Medical Association*
Once you complete all the course material, you will be certified through the world-renowned Complementary Medical Association which is widely regarded as the ‘gold standard’ for accreditations. As an Academy student, you'll also get a month’s student membership to the CMA, at no cost to you, as part of your Academy program!*

CPD Points*
Upon completion of the course, you will gain 120 CPD points. These internationally recognized points are a testament to quality of training and materials included in the course and provide you with enhanced professional credibility.

Live Q&A Sessions**
You'll be able to join live Academy Q&A sessions with Ali himself. You'll have lifetime access to these recordings to view at any time. This will bring the whole community together and is available exclusively to members, giving you the chance to ask Ali and others ALL of your questions. 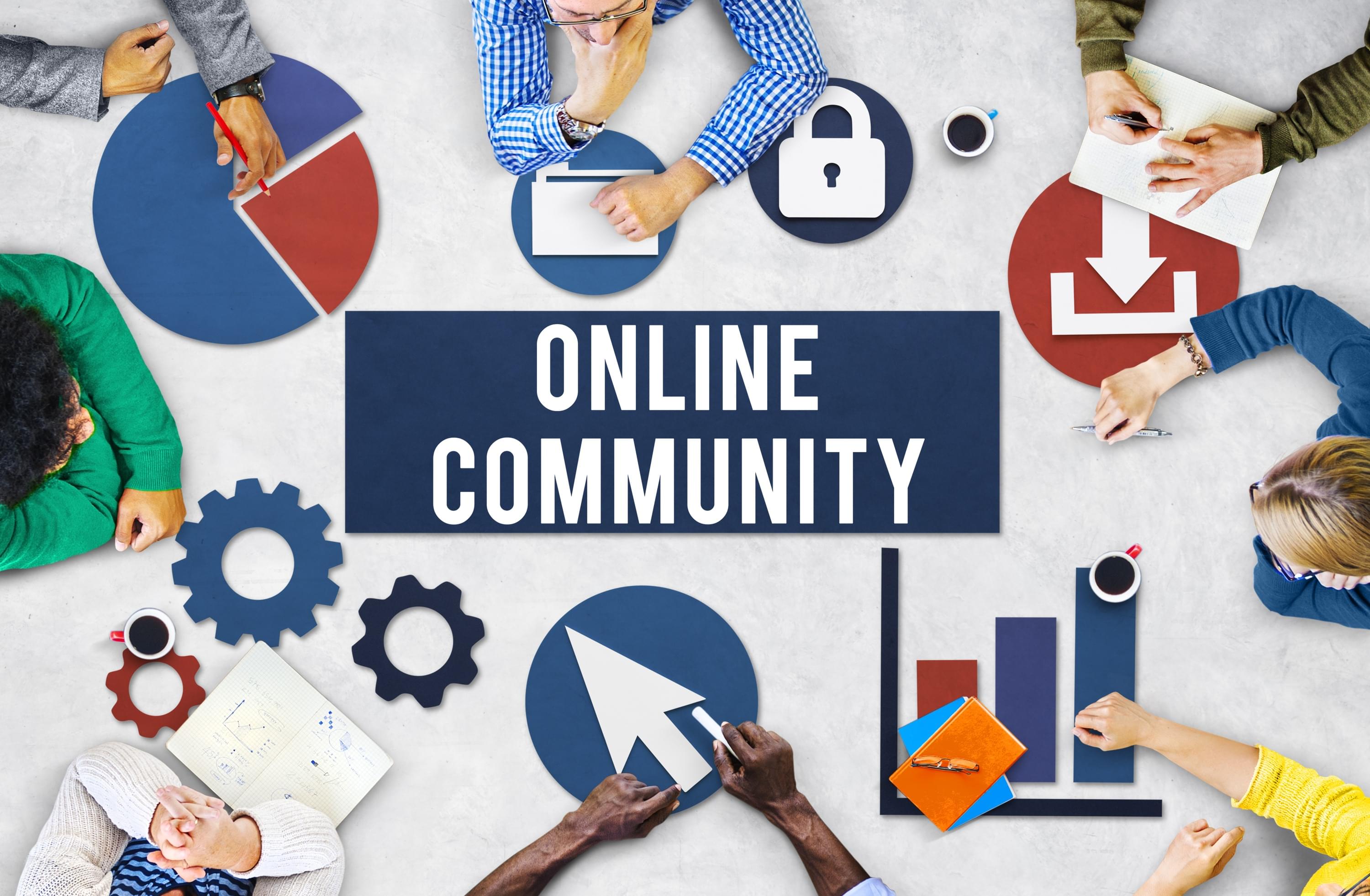 Private Community Facebook Group
You'll get access to an exclusive group of likeminded people, all going through the same content. You can ask each other questions, study, and chat through the content together. It's a great way to learn, engage, and make friends.

10 Free Leads Of Potential Clients*
We understand that generating leads and prospecting is one of the most time-consuming tasks when growing your coaching business. When completing the Academy, you’ll gain exclusive access to our in-house lead sourcing team who can generate 10 leads for you. This means that the course can basically pay for itself.
The Comprehensive Curriculum

The '3 Principles' of Change

Ali will guide you through his coaching model and precisely how he uses it with his own private clients.
This model has been responsible for some of the biggest shifts in his high-profile clients and is truly unique.
You will not find this methodology anywhere else.
You will also receive the exact questions that he asks, when he asks them, and why.
This is the closest you’ll ever get to being able to coach like Ali, and get those same transformative results from your clients, and also for yourself.
Ali Campbell’s method can be run as 12 sessions over a 3-month period or condensed into a 2-day long intensive session for those who desire really fast results.
Ali will guide you through how to work with the topics of: Clarity Values/Self Moment Vision, Transformation, Non-Duality Coaching, Physical Energy, Emotional Energy, Mental Energy, Spiritual Energy.

Setting Up Your Practice

I have also added 4 more BONUS, SURPRISE MODULES for you… But they wouldn’t be much of a surprise if I told you what they were now, would they?
What I have included is how I work, and to be honest, I only want my Academy students to know that. That’s why you’ll not find the description of these modules anywhere… I’m sure you’ll appreciate that my life's work is valuable and so I’m only going to share it all with my team…You will be on that team when you enrol in the Life Coach Academy. 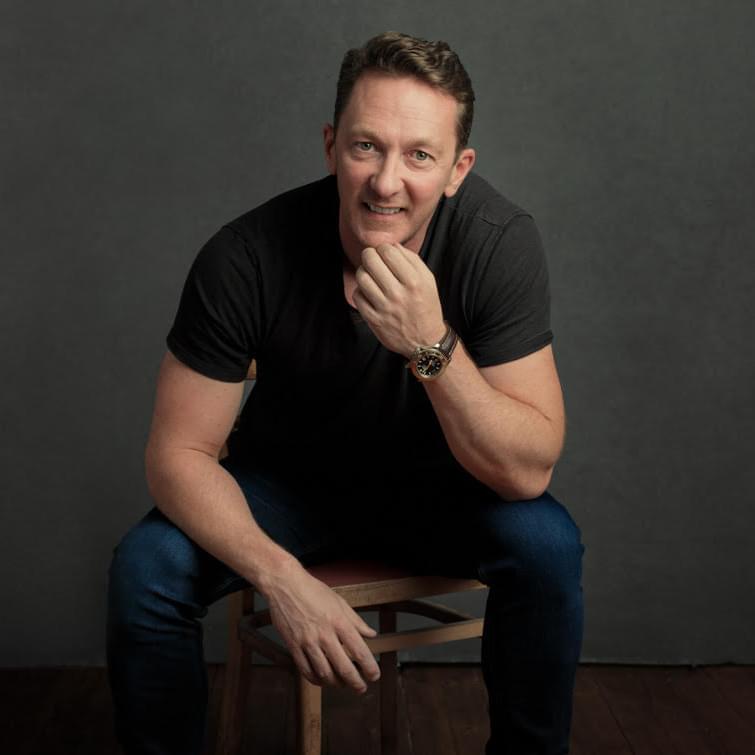 We'll Give You The Tools Necessary To Build Your Own Practice
"In This Academy I Will Be Sharing My Very Best Techniques, The Same Powerful Methods I Have Collected During Nearly Two Decades Working At The Cutting Edge Of Personal Development."
In this Academy, I'm going to teach you the transformative coaching methods that work from the inside out, as well as the methods of gaining clients to your practice, at scale.

You'll also be able to understand why some people persistently do things that hold them back, make choices they know they don’t really want, or suffer at the hands of their own behaviour seemingly unable to do anything about it.
Whether it’s you, or people you’d love to be able to help quickly and easily, now is your chance to learn how I do exactly that.
You might already know me as one of the world's leading Life Coaches, Hypnotherapists or NLP'ers, or for my reputation as a Highly Motivational Coach, Therapist, Author, and Presenter.
I've travelled all over the world, working with Celebrities, Rock Stars, and Royalty, helping them to make REAL change in their life through effective and powerful coaching techniques that work.

In my nearly two decades' working in personal development, I've written Five Best-Selling Books, including 'Just Get On With It - A caring compassionate kick up the ass', first published in 2010 by Hay House, it even outsold the Dalai Lama, and was re-released 5 years later in an 'updated' version. Then more recently the renowned 'NLP - Made Easy' also published by Hay House.
BUT – however you know me, you should know that all the public acclaim has come as a result of one thing... Making a difference… FAST!

Now, inside my Life Coach Academy, I will be teaching the very best of what I know.
I’m going to strip out any ‘fluff’ and get straight to what works.
This is not a long, drawn out, textbook-based course, this is NOT a course where you will be asked to write essays and complete long case studies. This is NOT a course where you will simply be handed a bundle of scripts and encouraged to take a ‘one size fits nobody’ approach.
If you have been on one of those courses already, you will know exactly what I mean.
This is in a GUIDED and EXPLAINED format where you learn best by seeing, doing and then unpacking as we move through what really works.
I'll be drawing from many different fields of therapy, but which all have one thing in common - I have used them with my private clients and have seen them work, and FAST, and they are all rooted in the subconscious mind.
Once you complete the course, you'll gain a Certification from the Globally Recognised Complementary Medical Association*, 120 CPD Points*, and details for 10 Potential Clients*, which means the course can basically pay for itself.
What People Say About My Academy Courses 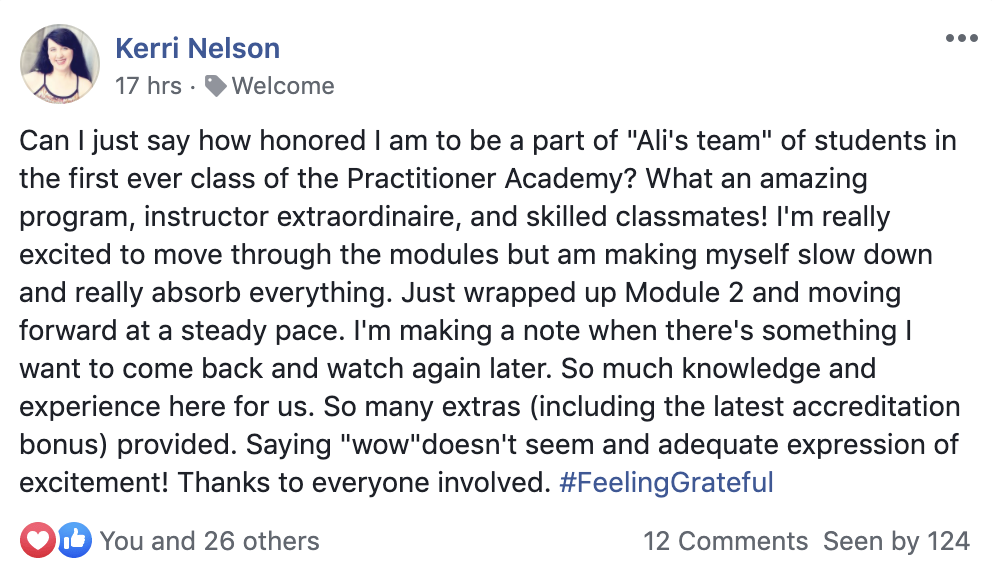 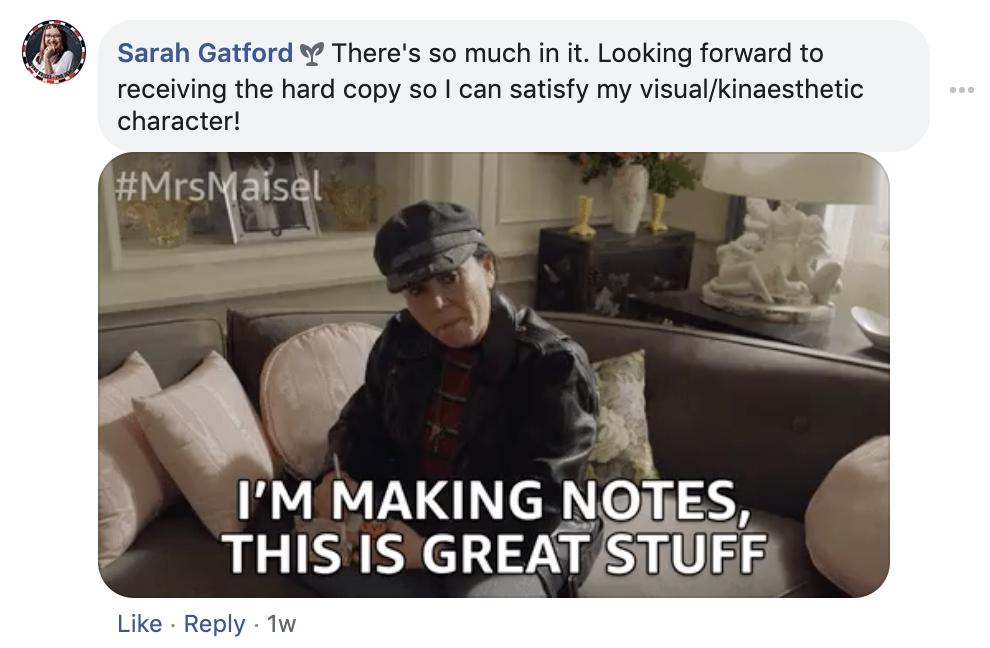 "You'll become a CMA Member & you will be recognised as being among the elite in the entire profession."
Learn The Little-Known Coaching Practices That Can Make Real Change, Fast.
In short, when you enrol in the Life Coach Academy, you will be equipped to help yourself, and others, to live a life where you can guide people effortlessly to their desired life goals.
Whether you are interested in just making a difference or in building a successful practice and 'doing well by doing good', here is where you can learn the skills you need to be successful.
The key to building a successful practice is to help the person in front of you, and to keep on doing that.
With the skills you will learn in the Academy, you'll be able to do just that, and then the word of mouth from your happy clients should see you in demand very quickly indeed.
That’s how I built my own practice all those years ago, and continue to do so.
Now I am in the position to be able teach you exactly the same remarkable techniques that you might have seen me use to deliver my clients some very remarkable results.
No one else is supporting me on this course; I teach all the content myself.
I don’t have anyone else’s schedule to follow, and so I can give you what I want to, the very best I know.
The course will not be available anywhere else, so book now and secure your place.
Again, please don’t just take my word for it, listen to what some of those I’ve worked with have to say below...then JOIN THEM!
what people say about
my Life Coaching courses
About Ali Campbell...

Ali is one of the World's Leading Life Coaches, Hypnotherapists, and NLP'ers.
He has built an enviable reputation as a Highly Motivational Coach, Therapist, Author, and Presenter. Ali is the creator of the internationally acclaimed weight loss solution, 'The Slim Girls Box Of Secrets', sold in over 52 countries, and an internationally bestselling author with 'Just Get On With It - A caring compassionate kick up the ass' published by Hay House, even outselling the Dalai Lama.
He is a trusted advisor to celebrities, business leaders, and even royalty, around the world. In the UK, Ali is widely featured in the media, on television, radio, and in 'print'.
With expertise gained right at the cutting edge of personal development Ali's no-nonsense 'arm round your shoulder and a kick up the butt' style, make him truly unique in a field often dominated by more spin than substance.
Celebrity Clients 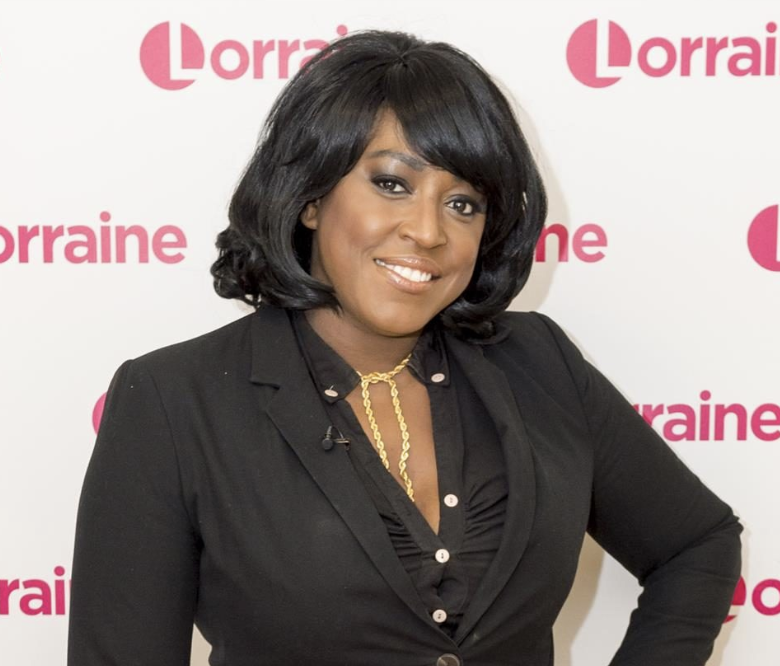 "Ali Helped Me Break Lifelong Habits in No Time at All!" 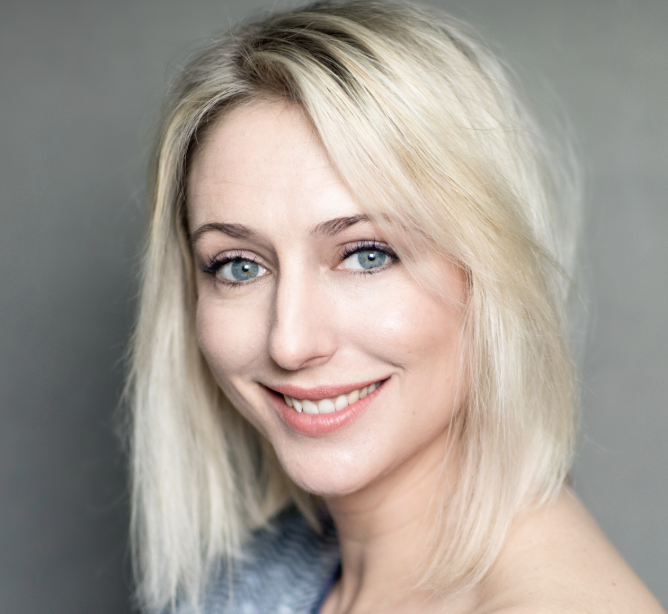 "Ali is Like Yoda, Except Wiser and Much Better Looking!" 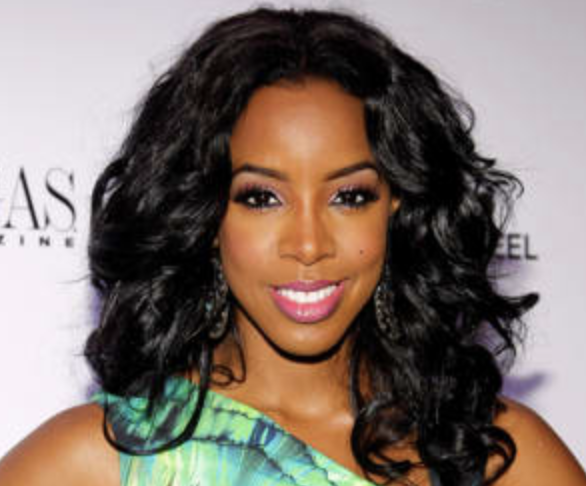 "Ali is My Secret Weapon!" 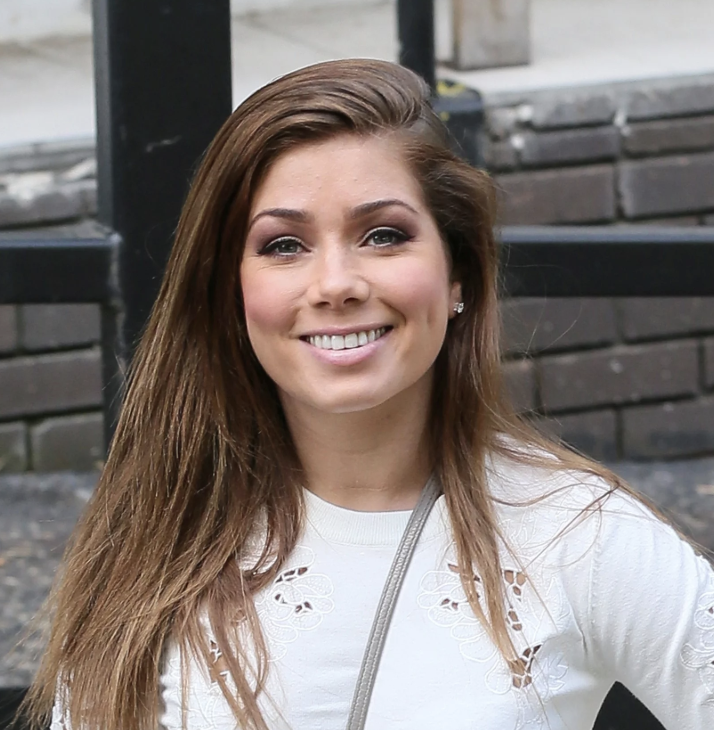 "Ali Is to Coaching What Peter Kay Is to Comedy, Genius!" 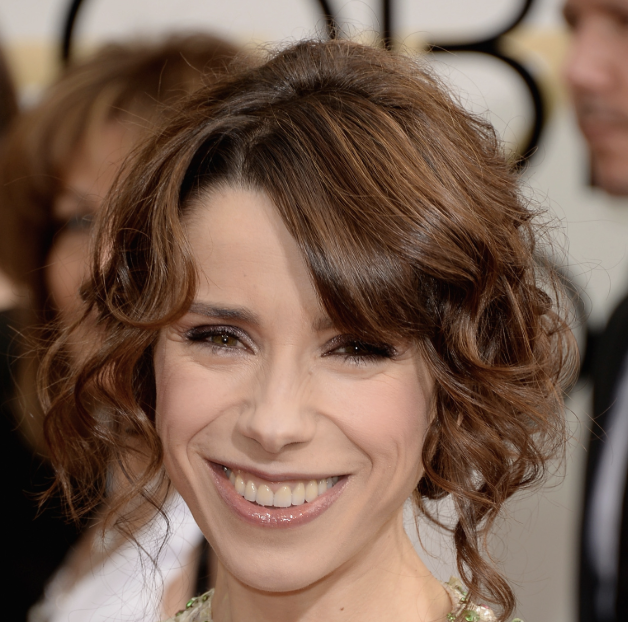 "Ali Has Such an Incredible Gift, Thank You So Much!" 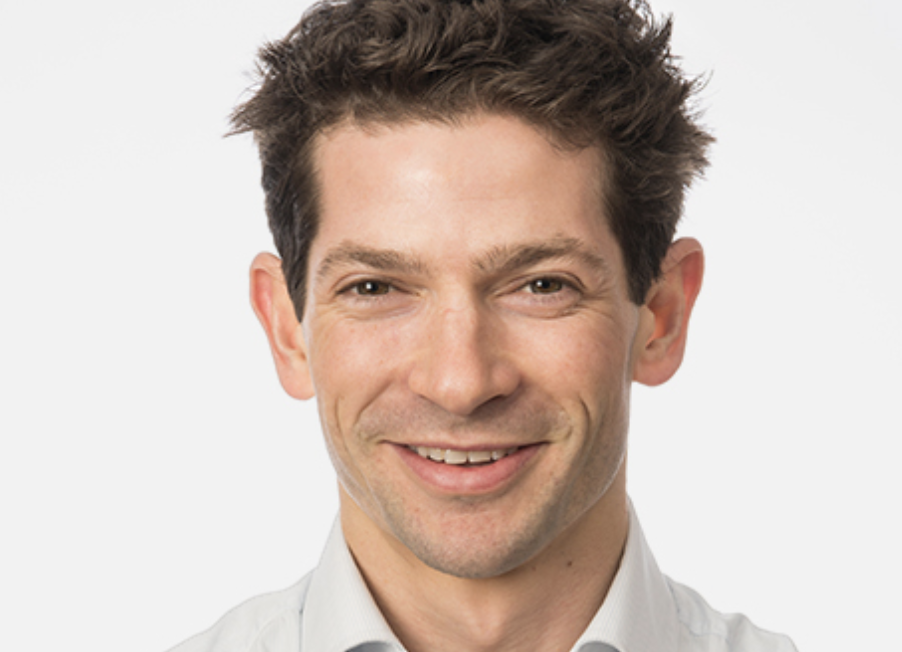 "Ali is a Master of the Mind and an Essential Foundation to Success!" 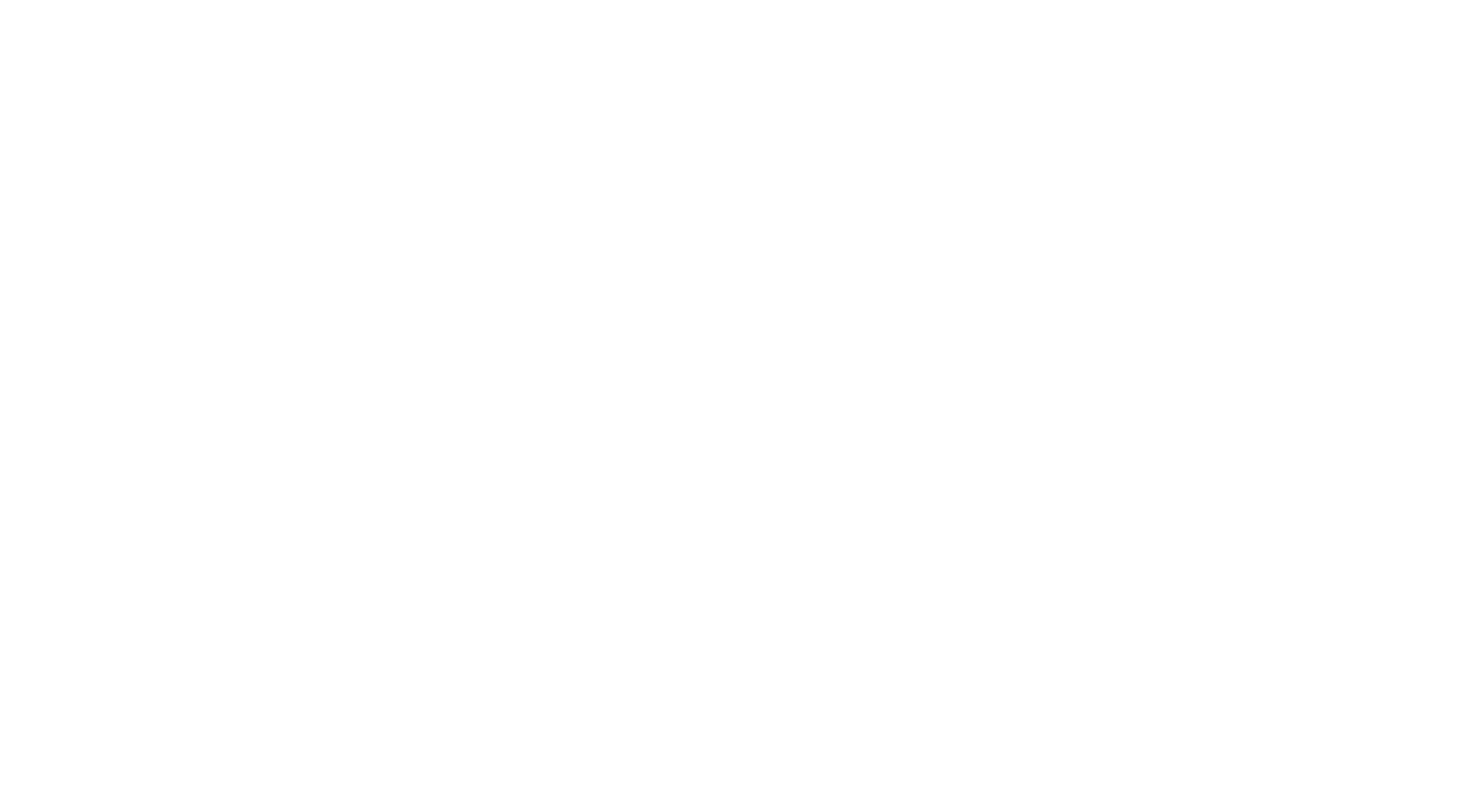 UCATION FZ LLC.
COPYRIGHT @ 2022 - ALL RIGHTS RESERVED
*PROVIDED ON COMPLETION OF COURSE & OUTSTANDING PAYMENTS SETTLED (IF PAYING IN INSTALMENTS). LEADS CAN BE REQUESTED UP TO 6 MONTHS AFTER COMPLETION OF ACADEMY AND/OR PAYMENTS
**LIVE SESSIONS WILL CONTINUE UNTIL A POINT WHERE THERE ARE LESS THAN 100 VIEWERS FOR 3 CONSECUTIVE SESSIONS.
CUSTOM JAVASCRIPT / HTML